The Shibumi Winter Classic was a great success!

Thank you to all the competitors and volunteers that helped to make it such a great series. 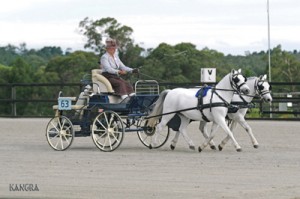 The sport of pleasure horse driving (as distinct from harness racing) is a diverse equestrian pursuit, both here and on the international scene, in all of it’s four disciplines: Combined Driving, Endurance Driving, Show Driving and Pleasure/
Historical Vehicle Driving. Probably the most famous competitor would be His Royal Highness Prince Philip who, with his team of four horses and more recently ponies, has appeared on television Carriage Driving Events.
Combined Driving (or Carriage Driving Eventing) has come of age in Australia following international events held in Young 1997, Melbourne 1999, Bungendore and Young in 2002. The organisation of theses events was up to international standard with numerous international drivers competing. Competitors from New Zealand competed at the 2011 Event in Bundanoon in April, in which Shibumi Equestrian Centre was utalised. 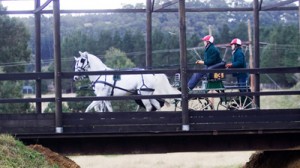 The elegance of the Dressage phase combines the discipline of training with the splendor of carriages from our colonial era.
The awesome action of the obstacle driving in the 23km marathon (cross-country phase) is arguably the most exciting and spectacular equestrian activity. Dressed in
their colourful cross-country colours, drivers and crew battle to balance their vehicles as they negotiate 5-6 narrow ‘gates’ at speed in each of up to 8 complex obstacles, all against the clock. 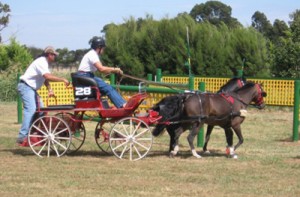 The precision cone obstacle driving requires the drivers to guide their horses through numerous measured pairs of cones, against the clock, without dislodging the balls on
top. Each ball down carries a substantial penalty. Very like showjumping in concept.
The spectator’s sense of the drivers tension as the horse and carriage twists and turns through the complicated course.
Skilful drivers and their talented navigators/grooms compete in Australia with single, pairs, tandem and teams of four horses and ponies. Combined Driving is the fastest growing equestrian sport around the world. It draws huge spectator crowds, better than the other disciplines at the world equestrian games. In Australia it is in a growth phase with an increasing profile. There are more than 50 ACDS clubs in 6 Australian states. It is a sport for all age groups from juniors to
grandparents. 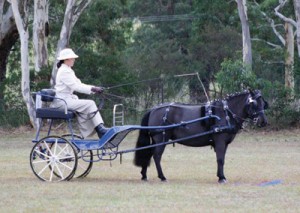 Horse welfare is an important consideration in the conduct of this sport. All animals must pass vet checks before the competition starts, during and after the marathon phase, to ensure that they are fi t enough to cope with the extreme
physical activity.
Show driving brings the classical splendor of colonial carriages and fashion to wide spread show rings around the country. Put to superbly trained horses and ponies these classes are in many cases, the outstanding feature of agricultural shows. They draw large numbers of spectators. Endurance driving combines the challenge of managing the fitness and welfare of horses and ponies with the pleasure of driving in a wonderfully picturesque
Australian countryside. Pleasure driving provides the relaxation and enjoyment of horses and ponies with
carriages of all types in the iconic Australian bush and countless State Forests. 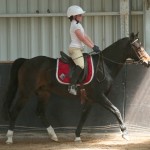 14th November – date to be confirmed

14th November – date to be confirmed